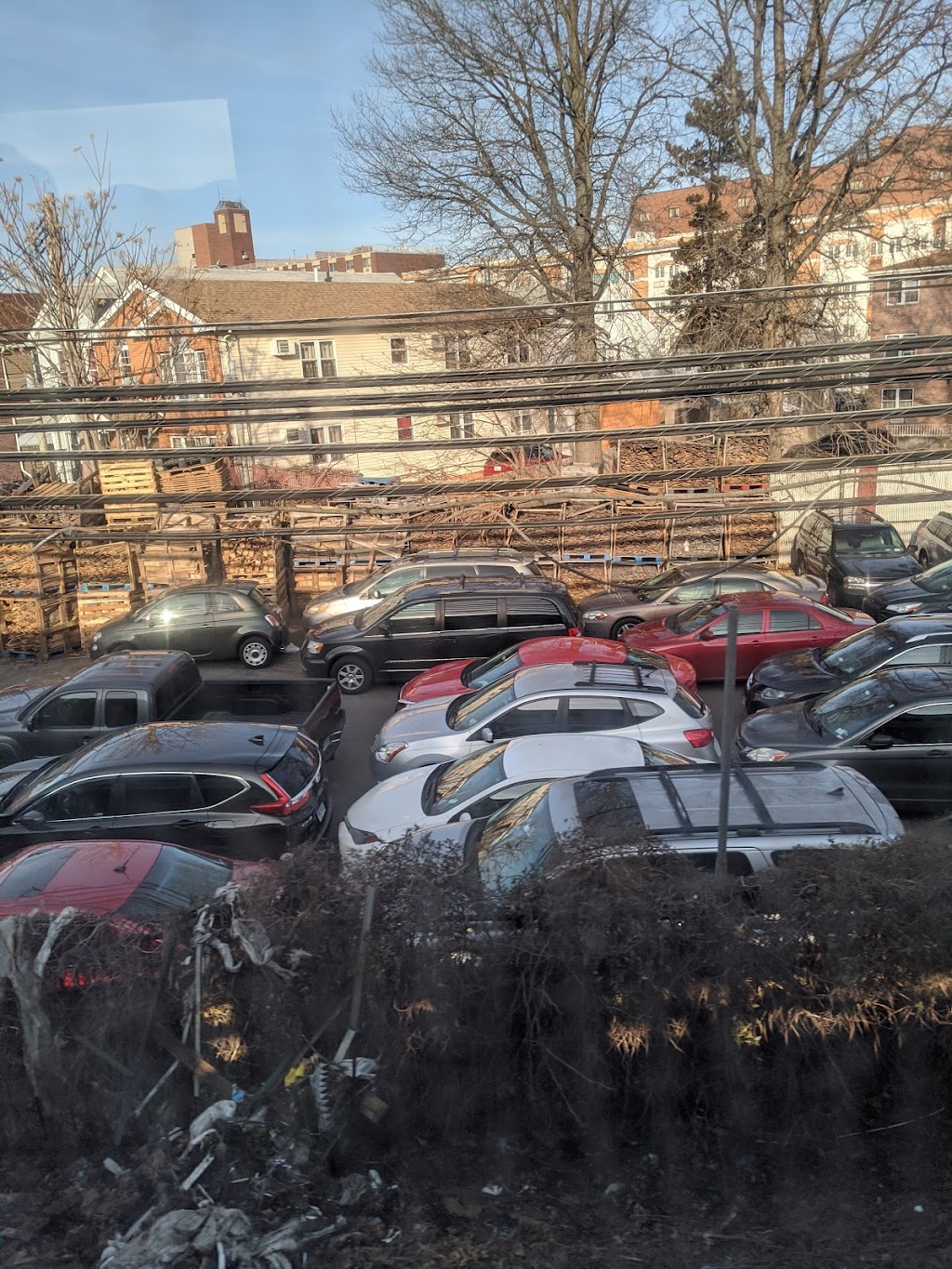 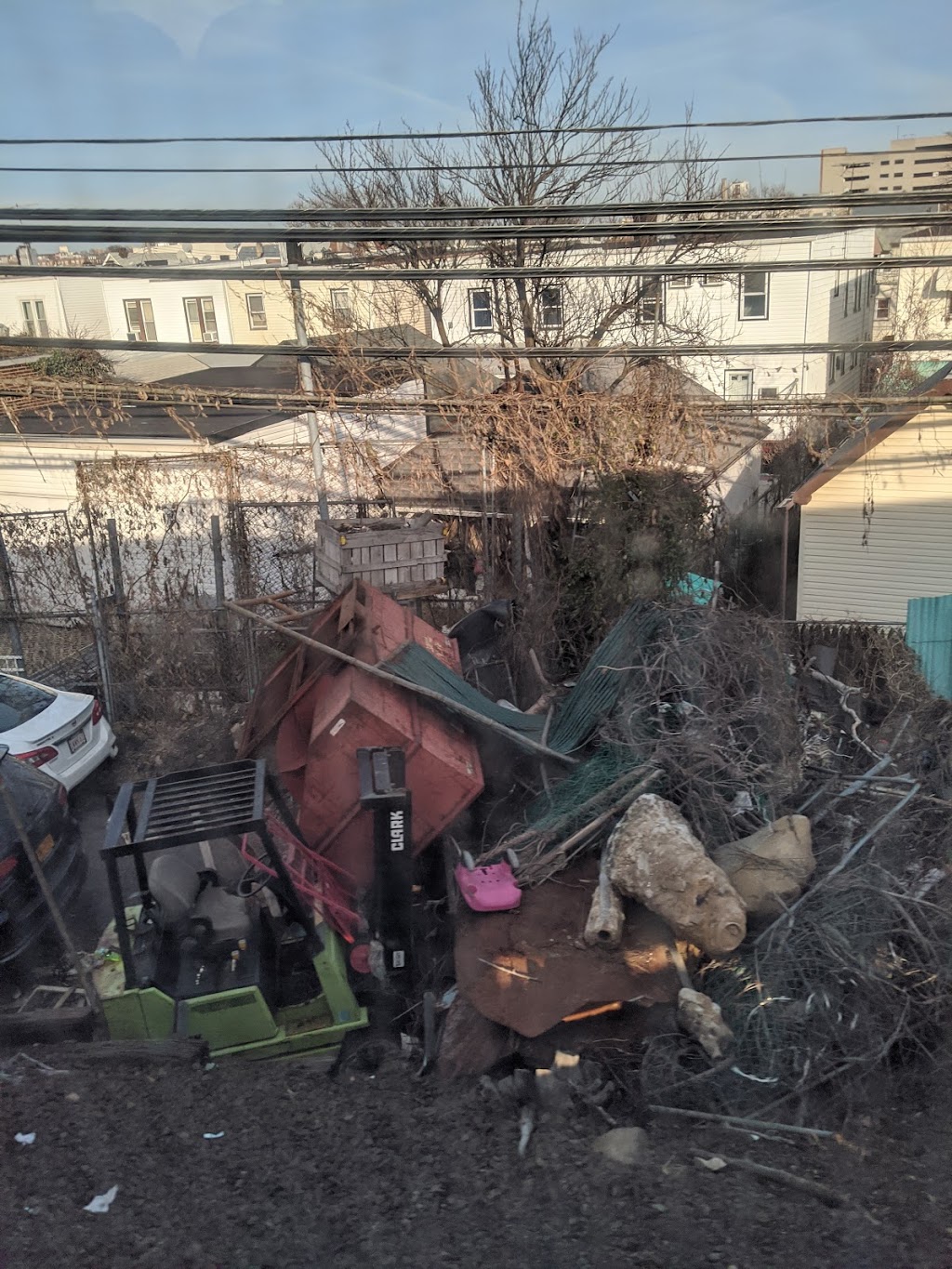 Book a cheap Parking 4 Airport parking spot online, review directions, ratings, prices and services all in one spot, plus see if there's any current promotions or deals available.

View different services and amenities and parking options to find the best airport parking spot for your traveling needs.

You'll be able to see which car service types are available when you purchase your reservation online. These amenities may include Luggage Assistance, Car Wash, Oil change among many others.

parkingaccess.com will give you access to all available Parking 4 Airport’s best parking spaces and rates, conveniently available and easy to book on our website.

Get the best available deal by using a promo code to obtain discounts on reservations.

On parkingaccess.com, you'll be able to find useful information such as Parking 4 Airport’s address, driving directions, frequency of their airport shuttle, or their phone number of the customer service in case you'd need to contact them.

View All
2.4
Poor
1 2 3 4 5
(Based on 42 reviews)
Vincent Harrison
1 2 3 4 5
This place is dangerous. First of all, they advertise they have a shuttle with shuttle hours but they do not honor those hours. Second, your car is not protected from the environment as it may crammed in a lot with piles of debris or it may be left on the curb outside the business next to debris.

First time that I used the company I had to convince the desk attendant to take me to the airport. He said point blank that we do not have a shuttle because of Covid. This was not true. On my return I was picked up in a Honda Odyessey by the attendant and his family (3 kids and wife). The driver and I had mask on but no one else did. Every light on the Odyessey dash board was on (check engine, brake light, etc). The headlights only worked if the brights were on. It was night time on the freeway. I didnt feel safe with him.

The second time I used this company the attendant would not pick me up and told me to take a cab to his business despite their last shuttle pickup being 11 p.m. (listed on the website). My flight arrived at 10:25. This was too late for the attendant. I arrived at the lot office at 11:30 pm and called the attendant as instructed by him. He told me he left already but that I could find my keys under a piece of wood placed on my cars hood. There will not be a third time renting from this business. Tell anyone you know to stay away. The place is unprofessional and dangerous.
Lola King
1 2 3 4 5
I CANNOT BELIEVE THIS PLACE IS EVEN A BUSINESS!!!

They opened late when we were dropping our car off at the lot. So we missed our morning flight. But whatever we dealt with it and just thought it was a human mistake.

They really screwed us over by not wanting to pick us up from the airport on our return even though the website and even the parking ticket says "call to be picked up". We got there during regular business hours. They just said WE ARE NOT PICKING YOU UP without any explanation. We paid 42 dollars for 2 nights of parking, and ended up paying $35 EXTRA FOR an uber from airport to location because they denied us the shuttle service! What a disgrace, we could have saved money and the aggravation if we parked at the airport parking lot. THIS IS NOT A CHEAPER OPTION! STAY AWAYYYYY!!!
ivettza sanchez
1 2 3 4 5
No shuttle even though website stated there would be a shuttle.
Yevgesha Yevgesha
1 2 3 4 5
I like this place. Just waiting about 15-20 min shuttle. Very friendly Indian people.
Dre Sports
1 2 3 4 5
Stay away from this place. Let’s begin by stating that the driver doesn’t help you place the luggage for you in the car, he complains he has back pain. I left a my CRV Honda new just two weeks from the dealership with very little miles in this terrible place. I unfortunately was overseas for an entire month. Came back to my car with 931 miles on dashboard. Let’s back track a bit. I only used my car for two weeks before I left on vacation. There’s is no way that I used 931 miles driving locally. Who knows what they were using my car for, Uber , deliveries, other business, etc.,, the list could go on. My car only had 5 miles when I took it out of the dealership. The furthest I drove to was Jersey which was only 55 miles round trip. The numbers are not adding up. Car has no dents but any tickets given to my car during my absence in the country I’m definitely pressing charges. Stay away from this place. Untrustworthy business people, smh. 2020 has been an hell of a year and as New Yorkers we need to deal with this BS ? Just don’t go here.
Donnelle Thompson
1 2 3 4 5
Don’t NOT use this parking lot customer services was terrible and the so called shuttle that they offer is nonexistent
Juan Jimenez
1 2 3 4 5
When you get to park everything will be fine, but to pick you up they speak loudly in a bad way. They have no organization.

If you want to take your own risk go and try.

Better to park on the street and catch an Uber
Casey Canright
1 2 3 4 5
I had a great experience! The staff was friendly and honest, my car was in the same condition as I left it, and it was very east to find/close to the airport.

Showed up to park and was turned away. They over filled their lot.

People are planning to get on flights with short turn arounds. What a uniquely creative way to screw people.
Eric JL
1 2 3 4 5
Made reservation online. Called to confirm. Was confirmed over the phone.

Showed up to park and was turned away. They over filled their lot.

People are planning to get on flights with short turn arounds. What a uniquely creative way to screw people.
FmmL Anmbe
1 2 3 4 5
Conveniently located, you park here and they will take you to the airport. When you come back they will pick you up and take you to your car. Not worries. Awesome service, our driver was so funny and respectful. My car was in good hands. I'd recommend this service to every one of my friends.
Joshua Allen
1 2 3 4 5
I will never use this company again and strongly recommend others to do the same. Don't know where to begin... The most frustrating experience ever. Upon returning on a red eye flight I was given my keys to a once clean car to a filthy one. As I approached my car I realized I was not about to have an easy morning. The front end of my car was destroyed! I had a police report filed. After following up with the report trying to contact the owner was the hardest part. He refused to pay for the repairs and would not give me his insurance info. I had to have my insurance subrogate their insurance. The part that makes me feel the most disrespected is I reserved covered parking and once we got there I asked if my car will stay where it's parked and they responded sorry this lot is for "nice cars only" and my once flawless 2012 was not good enough for the front lot. Imagine being a car guy and being told your rare car is "not nice" and returning to it filthy and smashed up!? Insane.
Isaac Daily
1 2 3 4 5
Really nice staff, we used one of those parking apps to find this place, staff on site offered to drop us off since it was slow.
lucy
1 2 3 4 5
Parked at this place for about 10 days. Car went in with no bumps or bruises. DID NOT come back to me the same. The car had been damaged. Dents on my at front of the hood and the logo at the front had also been pushed further Into it’s place. The garage has giving me the run around. It been a traumatic and disappointing experience. If you want your car to stay in tact I DO NOT recommend this place. They are very irresponsible and untrustworthy.
Michael Silber
1 2 3 4 5
They have good rates, but are terrible at drop off and pickup. We waited over 50 minutes for the van going both ways and heard people complaining over the phone about the same issue. The drivers are fast, but they are way understaffed and the phone operator is useless. He gives false times and just tries to get you off the phone.
Aaron Skaist
1 2 3 4 5
They have great fares.

We waited close to 40 minutes for a shuttle to the airport and close to an hour to be picked up.

If you are going to park by them leave a lot of extra time before your flight.

Guess you get what you pay for.
Danitscha van Zijverden
1 2 3 4 5
1.9 stars is high for what this is. I booked this before I saw the reviews but against my better judgement went there anyway. They insisted on keeping my car key, which I was uncomfortable giving off because of stories that people’s cars were lost by the staff on this parking lot. The man behind the counter was extremely rude. We obviously cancelled and went to the long term parking on JFK itself, which is a bit more expensive but worth it knowing that you’ll actually get your car back and you get a free skytrain to the airport that will actually show up. Really, do yourself a favor and stay far away from this place.
Jeanette Polcz
1 2 3 4 5
Marianna Frey
1 2 3 4 5
Rhea Kothari
1 2 3 4 5
Terrible experience. When we arrived at the lot, the guy at the front desk was incredibly rude and told us the shuttle had just left and would take over an hour to come back. We had to get an uber which ended up costing us 20 dollars. When we returned from our trip, we called them to pick us up and the front desk guy asked me to hold and I heard him picking up calls from other customers and telling them where the shuttle would pick them up. He then proceeded to tell me that the shuttle was full because they had their small van today and I would have to wait 45 minutes for it to come back. We ubered to the lot which was another 28 dollars, and when we complained to the guy, he didn't seem to care. Very rude service, do NOT park here you'll end up paying way more than you think!!
Shannon Lane
1 2 3 4 5
I have never experienced a parking experience like this. Their shuttle to the airport never showed up, which made me miss my flight to visit my sick grandmother. In addition, when I returned, they couldn't find my car. I overheard the dispatch telling arriving passengers at JFK that they would have to wait and hour or pay for their own ride from the airport. Another passenger in front of me had missed her flight and had to pay $1500 to reschedule. They refused to refund her and have not offered me a refund. Do not use this service.
Patrick Madden
1 2 3 4 5
Do not park your vehicle here, they will put it in a secluded lot down the street next to tall and dangerous 15 foot high stacks of old wooden pallets. They cram the cars in very close together and a strong gust of wind will likely topple the tower of old pallets right on top of your car.