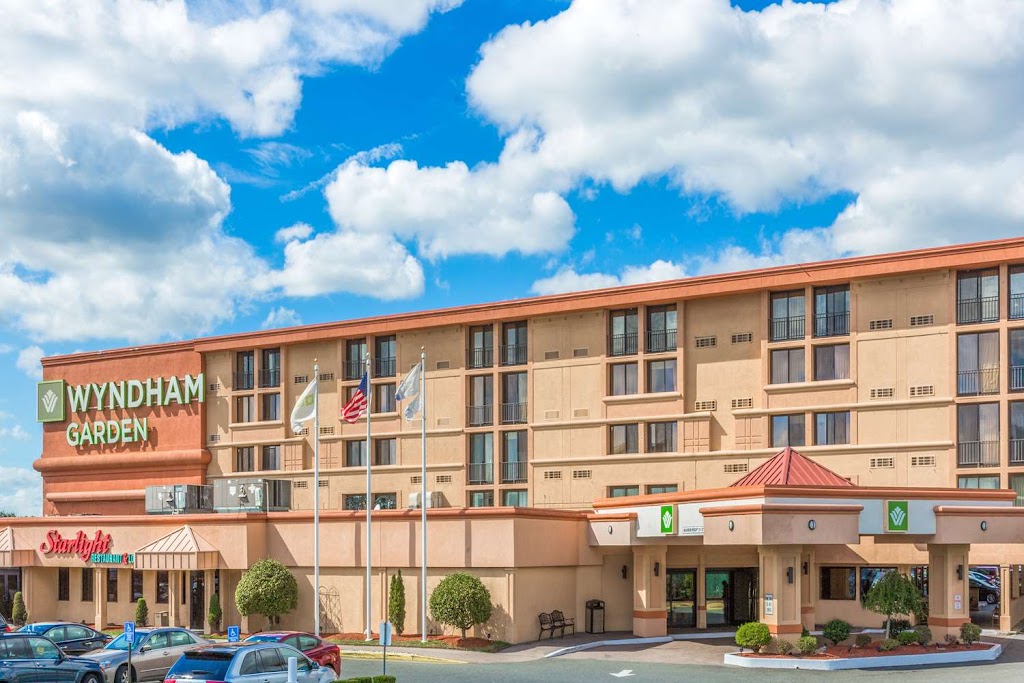 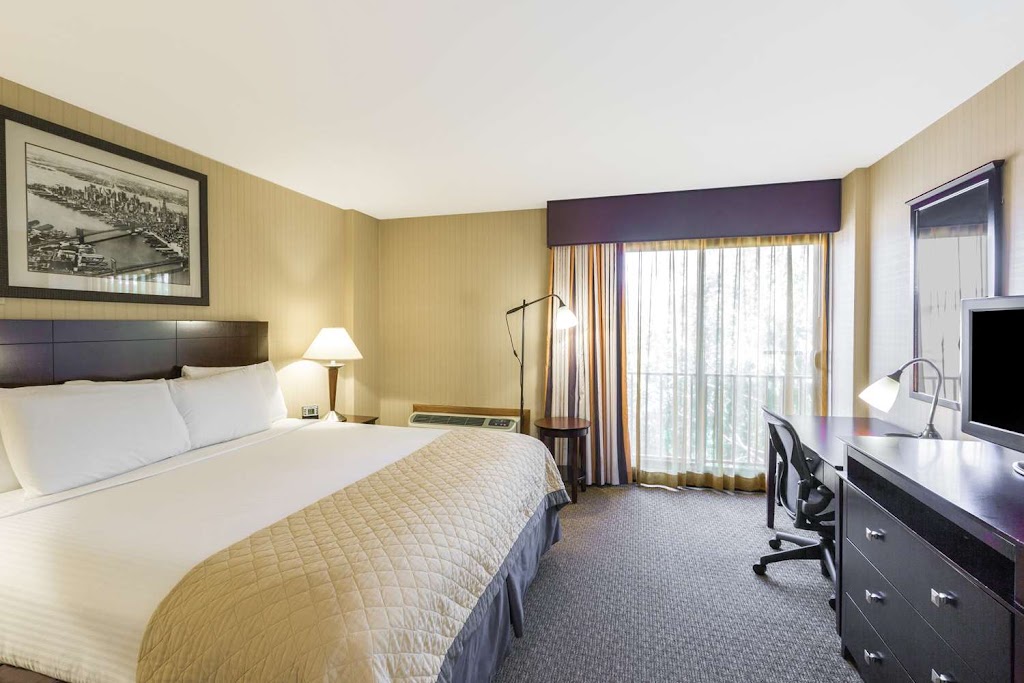 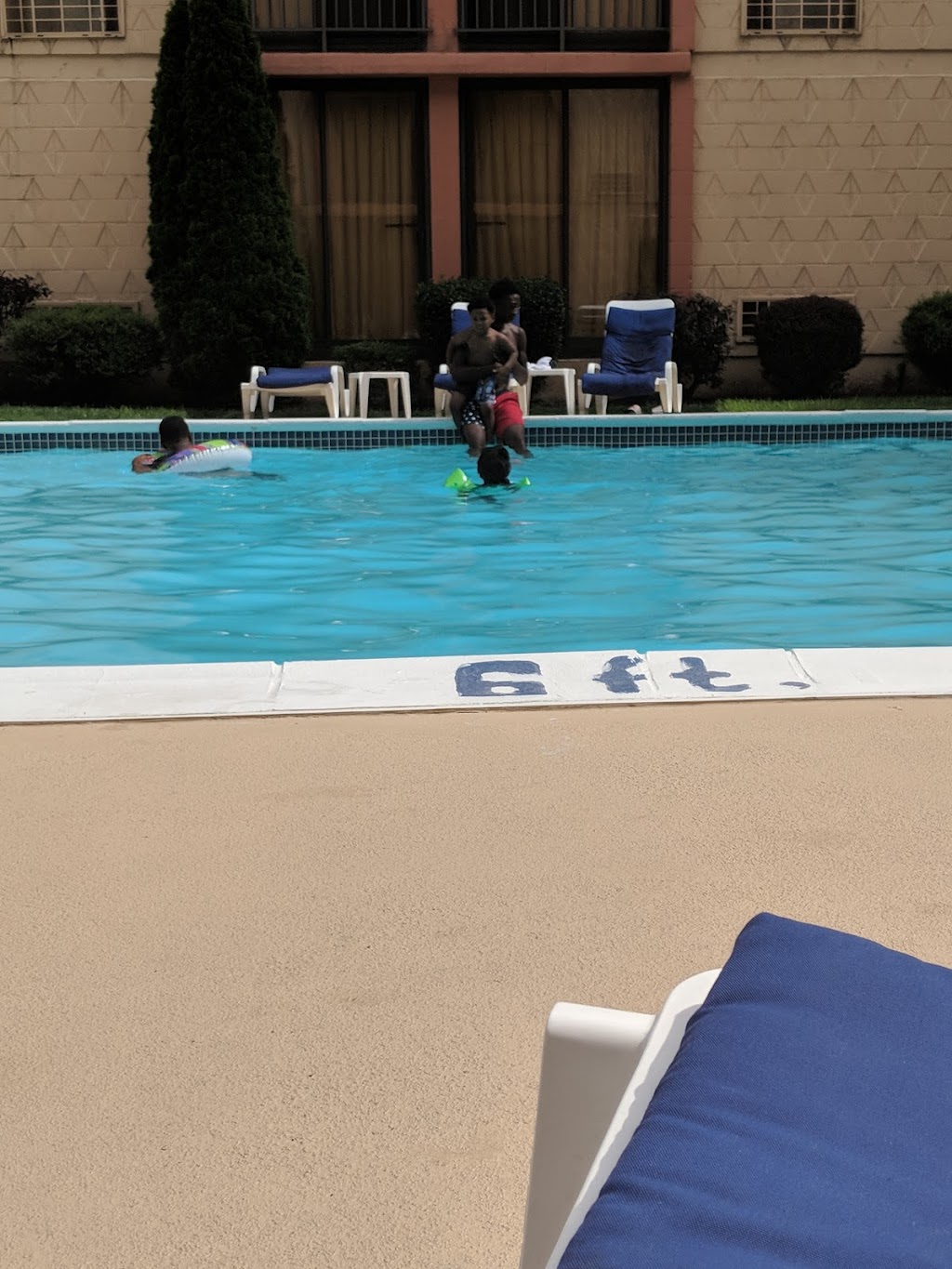 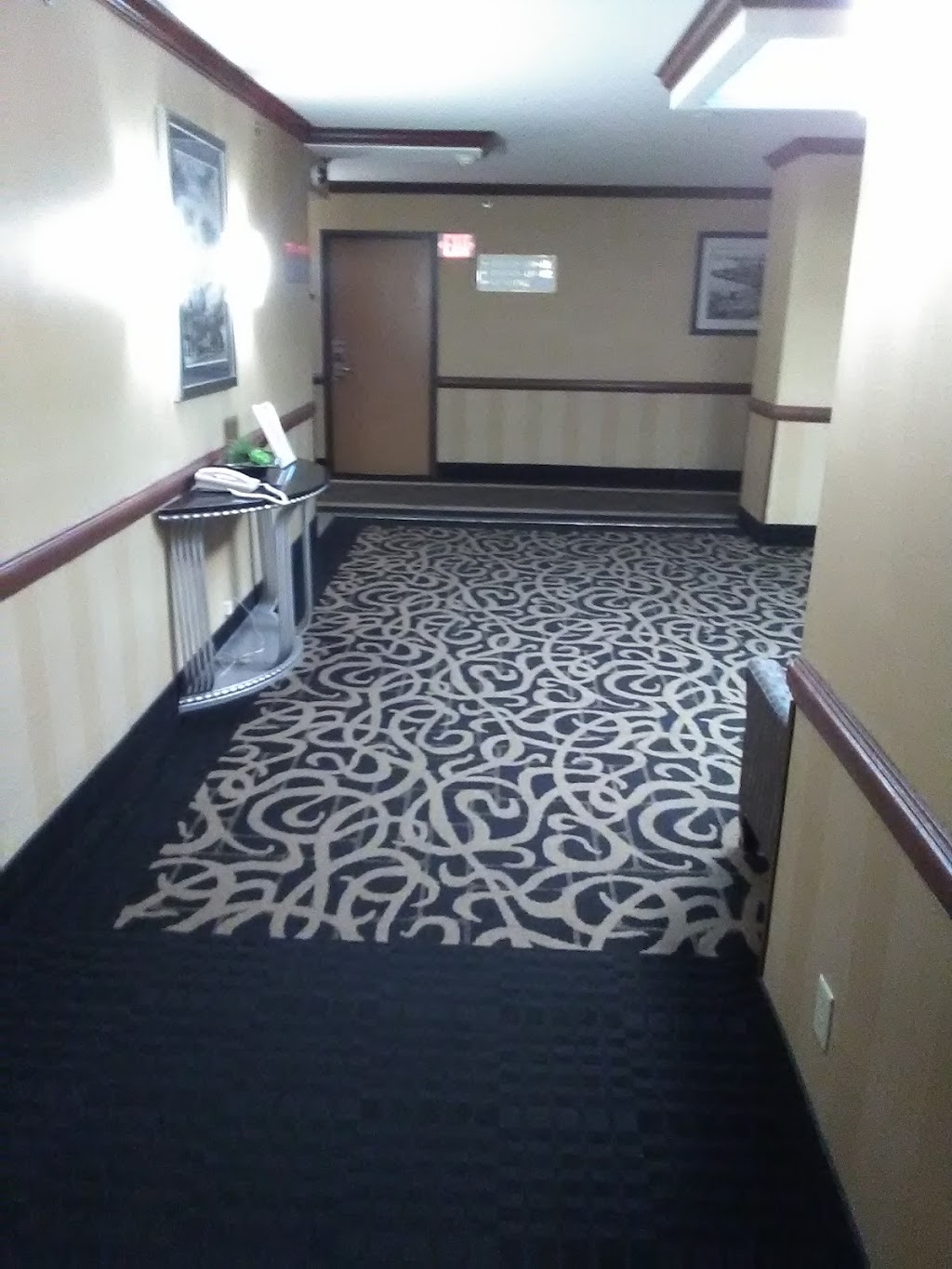 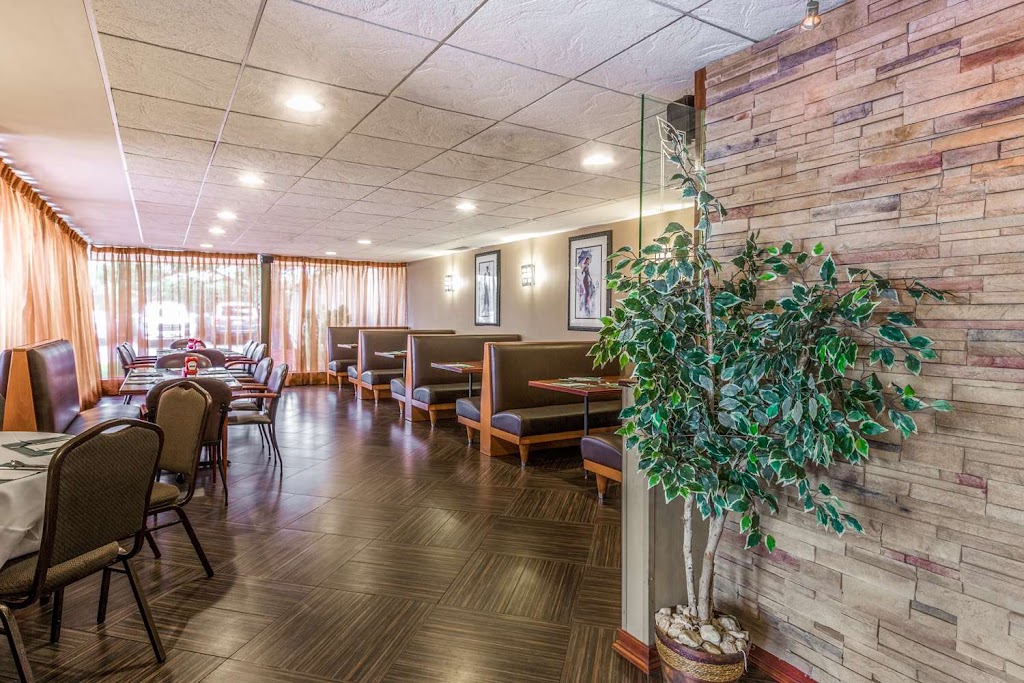 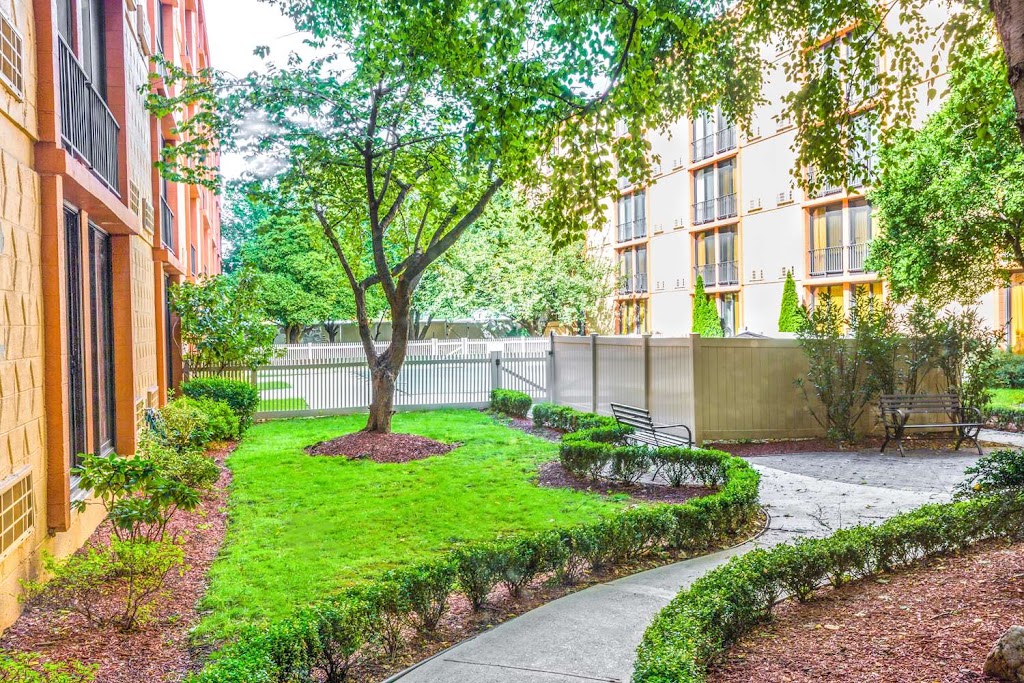 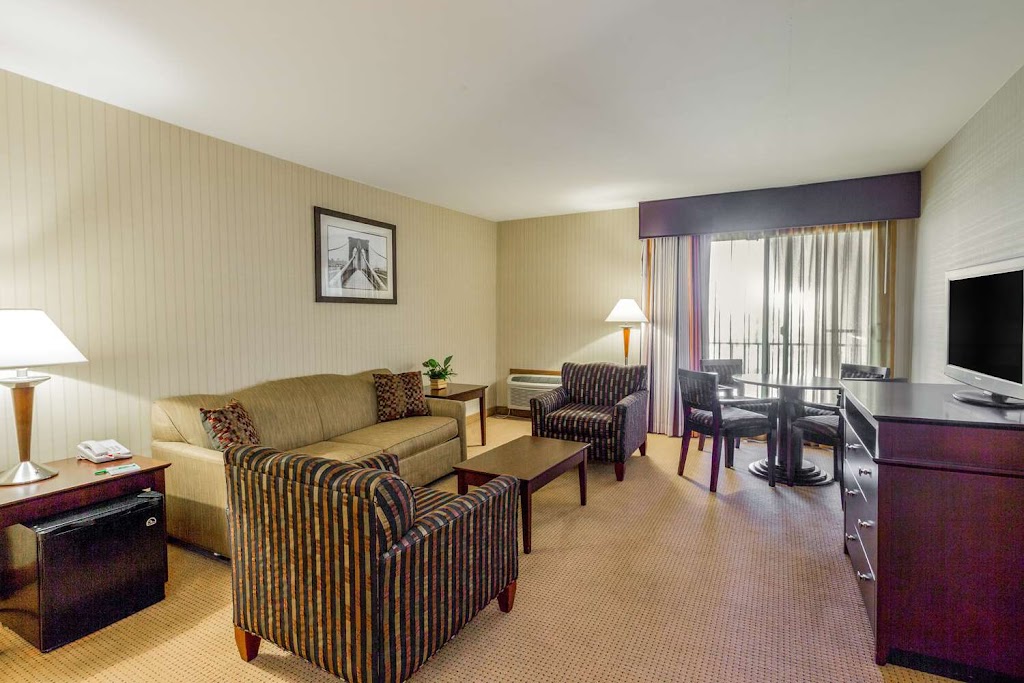 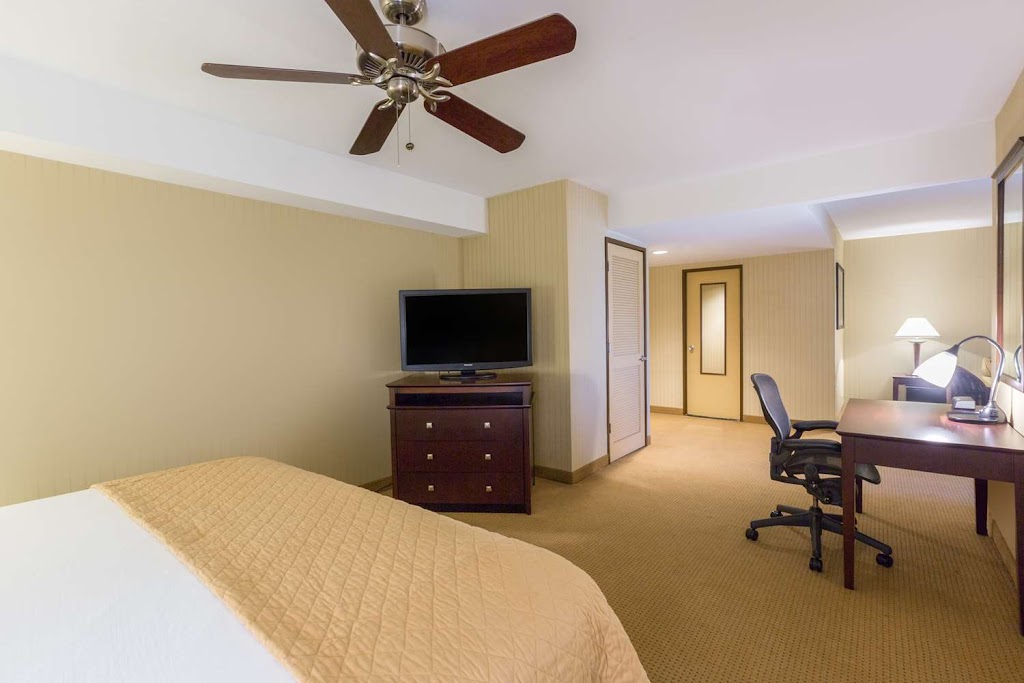 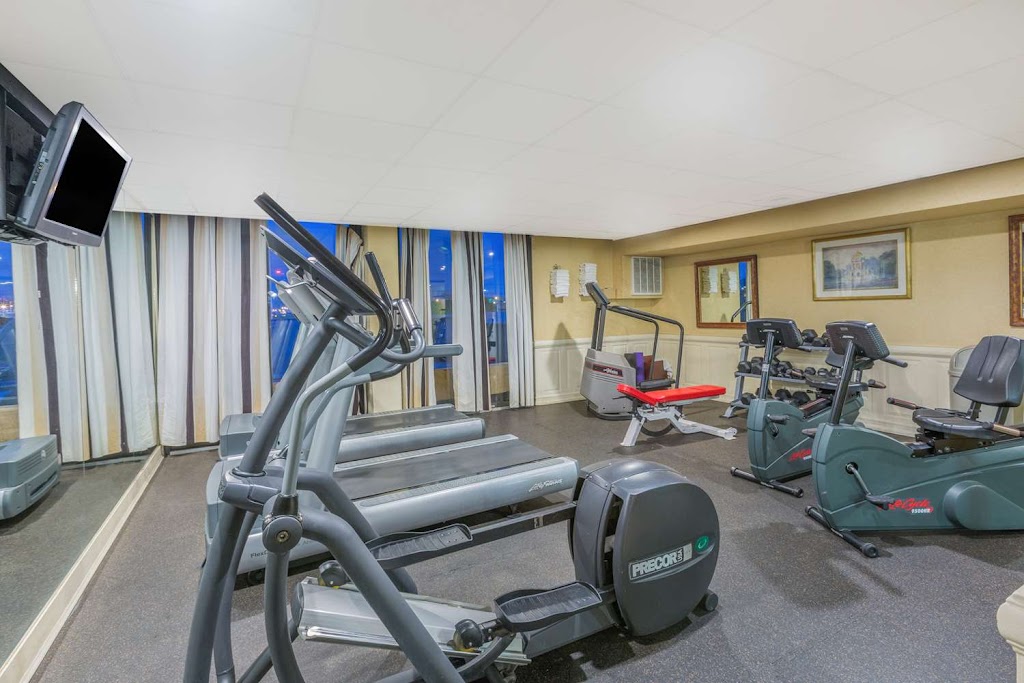 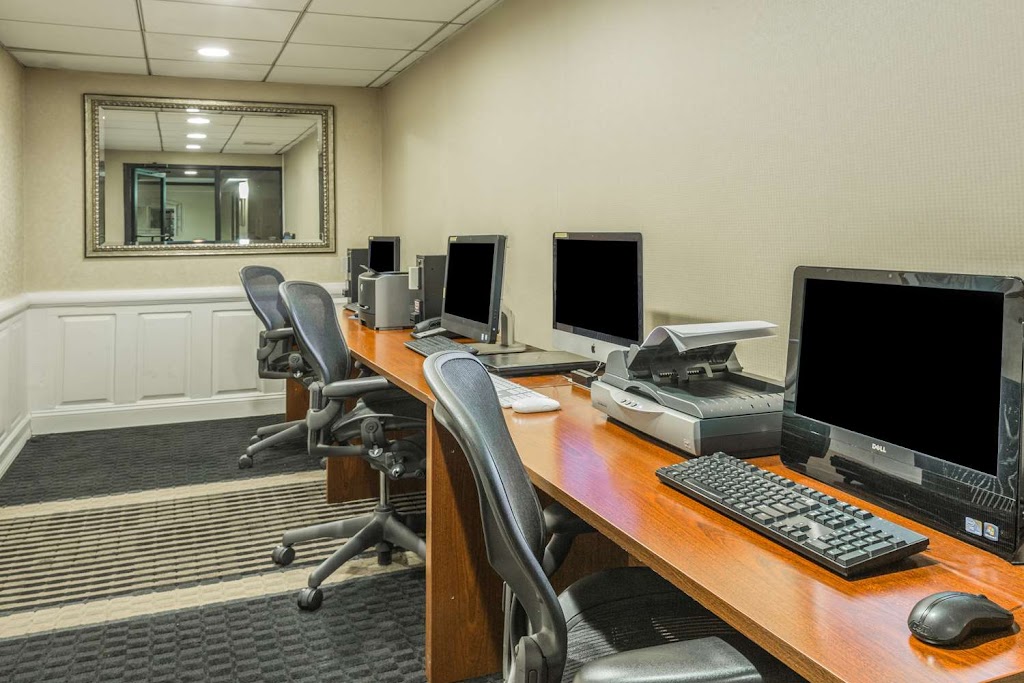 View All
3.1
Average
1 2 3 4 5
(Based on 2094 reviews)
Biba Beckwith
1 2 3 4 5
I arrived at the Hotel and a very kind gentleman greeted me. He saw my tired face and gave me a smile with words of encouragement. I gave him a brief explanation of what I had gone through, how my plane rerouted to DC for 2 hours. I hadn't slept, didn't have food and was exhausted and just looking for early check-in if there was any way they could discount it if there was availability due to the insane last 24 hours. He was kind and said he would speak with his supervisor, Terri, who said no and it would be a $30 charge. I understand it is a business and politely gave him my card thanking him for even asking. I followed up with, is there a continental breakfast? If so, could that be provided? He was kind and wholehearted and handed me the coupon (which by the way, the BREAKFAST was DISGUSTING and you should NEVER pay $12.00 for that meal), he said "this day will turn around for you, stay positive" - WOW! He was so wonderful and I will forever remember that interaction.

In the midst of attempting to figure out my travel schedule being stuck in NJ for 2 days before I could fly home to Brazil, I ordered a pizza to the hotel while I was on the phone with United. The Pizza was massive and I decided to share with the very ungrateful supervisor, Terri. Kill her with kindness I suppose. I said, "grab as much as you want, I cannot eat this whole pizza. Take it for tonight too" I finished with saying "pass on the good deed, you never know what people are going through so treat them with kindness". Clearly, she wasn't taught her manners or at least how she interacted with me.

I head back to the airport at the 1:00 pm free shuttle. But before I did, I gave a gentleman staying at the hotel the rest of the massive Pizza after he shared the struggles he had gone through. I said "Here is my free breakfast coupon, I'm going to get on a flight today and don't need it, I'd love for you to have it". He was so thankful and so kind. He also added the reason why he has spent the last 8 months at this hotel is because they treat him right. I responded "That's a shame because Terri has been rude and not even close to good customer service since I walked through these doors. But I'm happy that it isn't your experience. It's not about giving out free hand-outs, it's seeing the customer's pain and giving a horrible breakfast voucher to build customer loyalty.

I head to the airport, only to find out my flight was delayed and then canceled. I made my way back to Terri's desk where she didn't even acknowledge my presence. I was curious if her short-term memory forgot the person who just offered her free Pizza 2 hours prior, which she didn't think twice to take. I politely explained that my flight was canceled and I still had a room paid for and wanted to see if she could generously help with two things: 1) a late check-out because now I wasn't leaving until 10 pm the next day and if she would kind to give me a 2nd breakfast coupon because I had given it to her the customer and long-term resident who has gone through 14 surgeries in the past 8 months.Terri's response? "What? Who gave you a coupon? That is not allowed and not right?"

Wyndham? I'm in shock at this point. She raised her voice, was rude and pointed fingers at me, THE CUSTOMER. After haven't to deal with multiple lines at the airport, United customer service, I come to a hotel that I PAID FOR to be treated like garbage.

I said "please do not get your employee in trouble. He was so wonderful, so kind and understood everything that I went through". Terri didn't even look me in the eye but said: "that isn't okay". Not sure if that happened, and I will not mention his name because of this very reason.

Long story short, customer service is what puts you aside. So Terri, if you learn anything from this experience, which I hope you do for future customers who get stranded due weather, be kind. That one bad experience can really affect your business. I will no longer be staying at any Wyndham due to how you treated me.
Angela C
1 2 3 4 5
It's a cheap enough stay for a vacation to New York although it took us about 45 mins on-way to get to Manhattan. Airport shuttle service was frequent enough where if we missed it, we didn't have to wait too long for the next one. Then we took the tram around Newark airport to the train station and finally to our tourist destination for the day. The restaurant here was decent and cheap enough that we continued to come back for breakfast nearly every day we stayed with typical diner food ~ eggs, pancakes, French toast, burgers, sandwiches and wraps. Front desk had great customer service and helped us how to navigate our New York vacation (even though we stayed in New Jersey). Room service and Housekeeping we had minor issues. We randomly found a piece of chicken in the middle of our room on the floor when nobody in our party had chicken during our trip. And after ordering some hot chocolate from room service, we called stating it wasn't that "chocolate-y" and room service replied saying they'll bring up a replacement. They brought up a plain packet of hot chocolate mix. Overall, a nice, relaxing bar and lounge area, decent restaurant, and pleasant stay for a vacation.
Renae Isom
1 2 3 4 5
I booked this hotel for a week or so, thinking it was a smoke free facility. I have kids who have asthma so I thought this would be perfect. For the past two days the hallways on the 3rd floor smells like nothing but marijuana. We have complained to the front desk yesterday and this evening its the same thing. This was not my 1st time staying here and I am so disappointed. Never again and I will be making another complaint and taking this further.
Kandra Meyer
1 2 3 4 5
I am giving 5 stars primarily because of the service. The staff was very friendly and helpful. The hotel is a little older, and this did cause us one problem, but that showed how great the staff is! The first room we checked into had problems with the hot water. We called the desk and within 15 mins they had someone there to try to fix it. They told us if it wasn’t better in an hour to call the desk again. It wasn’t so we did. Again, very prompt response and this time they simply moved us to a different room. But the effort they put into making sure we were being put into a better room was awesome! I would also say the cleanliness was very good. 👍
Stephanie Estrada
1 2 3 4 5
I liked this hotel. My complaint is the food court wasn't working and the halls smelled of smoke. But the rooms are large and the bed was comfortable. The shower was good as well. It is a bit dated and could use an update but its worth the price and they also have a small convenient store in it. They supply a shuttle service to.