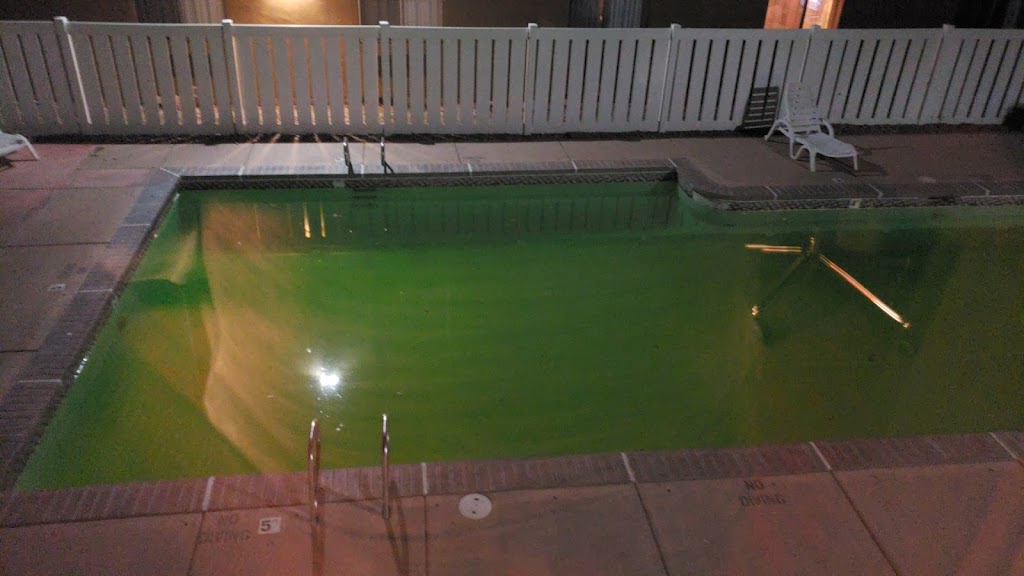 We stood outside in 30degree cold waiting for them for 30 minutes. We called them to see where they were. Said they missed us. Told us to wait in a specific spot. We did that. 30 minutes later, we were frozen and had to get a taxi back to their place.

When we got there, they said they were out there 3 times. No they were not. We watched every van come and go. Other shuttles for other hotels kept asking us, because we had seen them 3 times. Would not use this place ever again.
Bob Carpenter
1 2 3 4 5
Old and pretty run down.

I have been staying here two weeks as of this writing for My trucking school. Upon arrival I checked out the room I was in. The shower curtain was considerably ripped, did not have a plastic liner, and didn't get changed for almost a week. When they did get changed, it was an improvement, but still no liner. For some reason they decided on drop-ceilings in the bathroom and they are gross.

I have had a turn-down on average every two or three days. I have not been given the small bottles of shampoo and conditioner except on My first day.

(edit): the key stopped working again. As did four other people's keys. Turns out it's not 'demagnetizing' as I was told. It's set for a time limit and that limit was reached. Why was it necessary to lie?

When eating at the bar I was not provided the side (fries or onion rings) unless I asked for them. I was almost charged for both the soda, dish, and onion rings side separately when there is a clear meal deal listed.

Will update as more occurs.
Joyce Collier
1 2 3 4 5
Reservations were made online for two of our employees to stay here during a recent conference. One of the employees used the men's room prior to checking in and it was disgusting with unknown substances on both the floor and walls. Needless to say after that, they did not feel comfortable staying at this hotel. I contacted their management to tell them that they may want to ensure their main lobby and restrooms are clean since this is a guest's first impression, but it didn't seem that my feedback mattered to them one way or another. So after traveling cross country and encountering this dirty hotel, they had to find an alternate hotel 45 minutes away which was a major inconvenience for both the conference and their early flight reservations. Since the hotel's cancellation policy is 24 hours prior to arrival, they refused to even consider refunding the 1-night's cancellation fee for each guest. They even so far as made a mistake and charged the entire stay for each guest. I was told it was in error when I called to explain the circumstances surrounding the cancellation, as well as ask them again to consider refunding the entire fee. We did finally receive a 1-night refund for each guest. Lesson learned, but we would definitely not recommend this hotel.
Casey Allen
1 2 3 4 5
The staff is rude and incompetent. There is always something missing from your room. A tv or a mirror in the bathroom or a do not disturb sign. If you call the front desk, they can’t help you... even if its just a do not disturb sign. The place is DUMPY and everything is broken. The ice machines, the soda machines, and the treadmills are always broken! Also, even with the do not disturb sign, they will walk in without knocking. It happened to me and I witnessed it happen to someone else! Beware.
Lynn Foyuma
1 2 3 4 5
I stayed here on my drive back to my home. The facilities they have are great for the price you pay. I needed a room close to the lobby as I can't walk well. The young lady had a great smile and she took an effort to check all the rooms she had available and gave me a room close to lobby. They also had FREE breakfast in the morning which I thought would be coffee and some baked goods but instead I got eggs, sausage, apple. They also had waffles available. The breakfast attendant took really good care of me and brought me a plate when he noticed I was not able to walk good. The rooms are great as well. But the staff is very courteous and helpful. If I ever go back to Salt Lake, this is where I will be staying for sure!

Ramada Inn Salt Lake City Airport is unavailable to book on our website. Search for other park and sleep options available at SLC.

Ramada Inn Salt Lake City Airport is unavailable to book on our website. Search for other park and sleep options available at SLC.