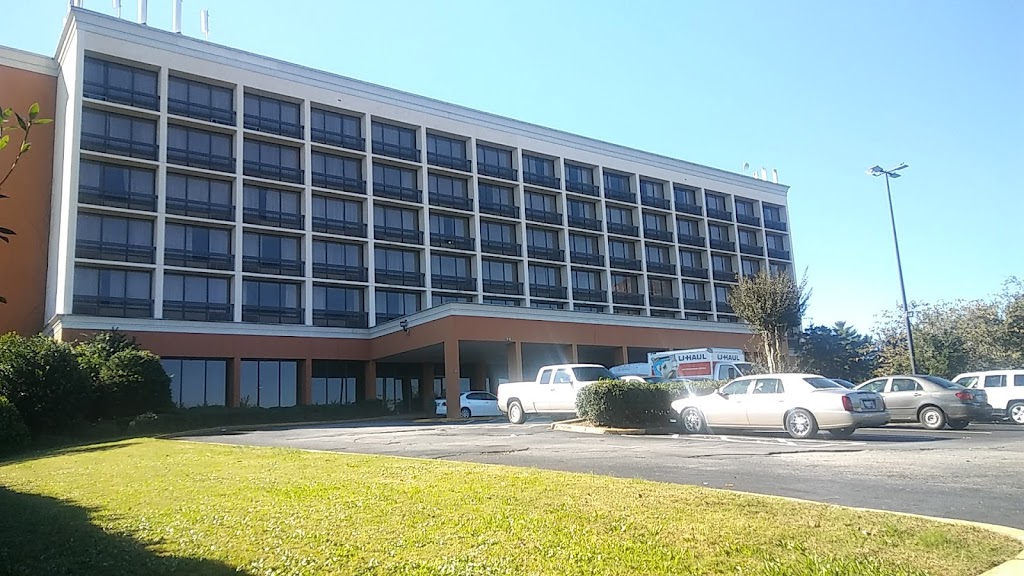 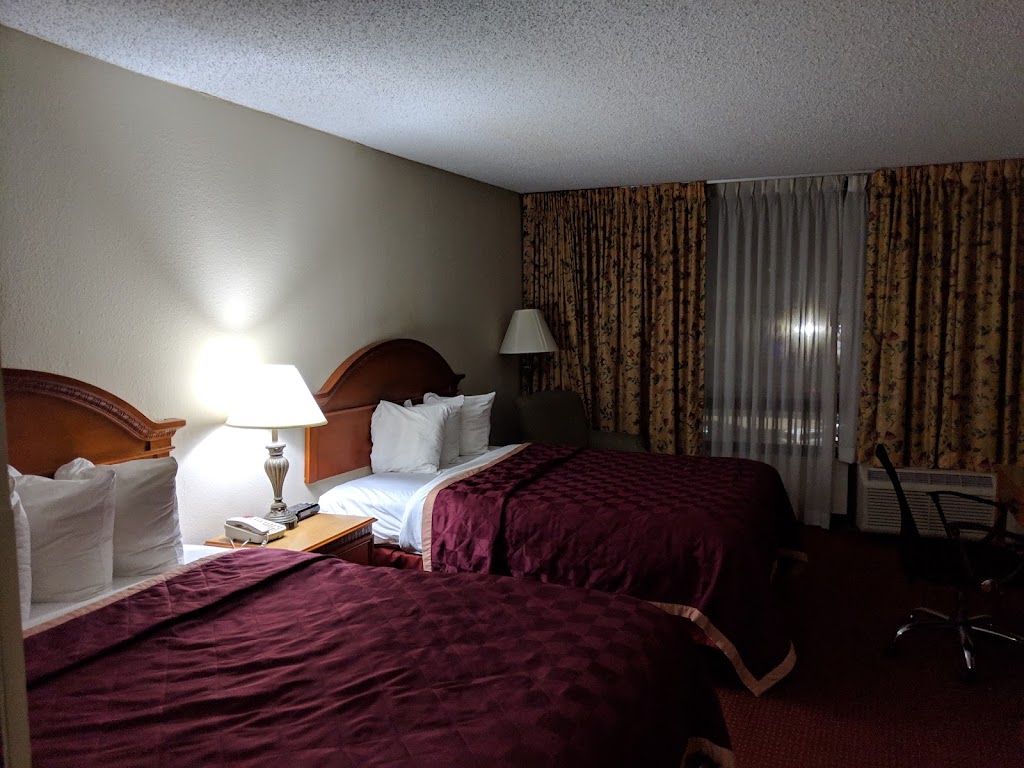 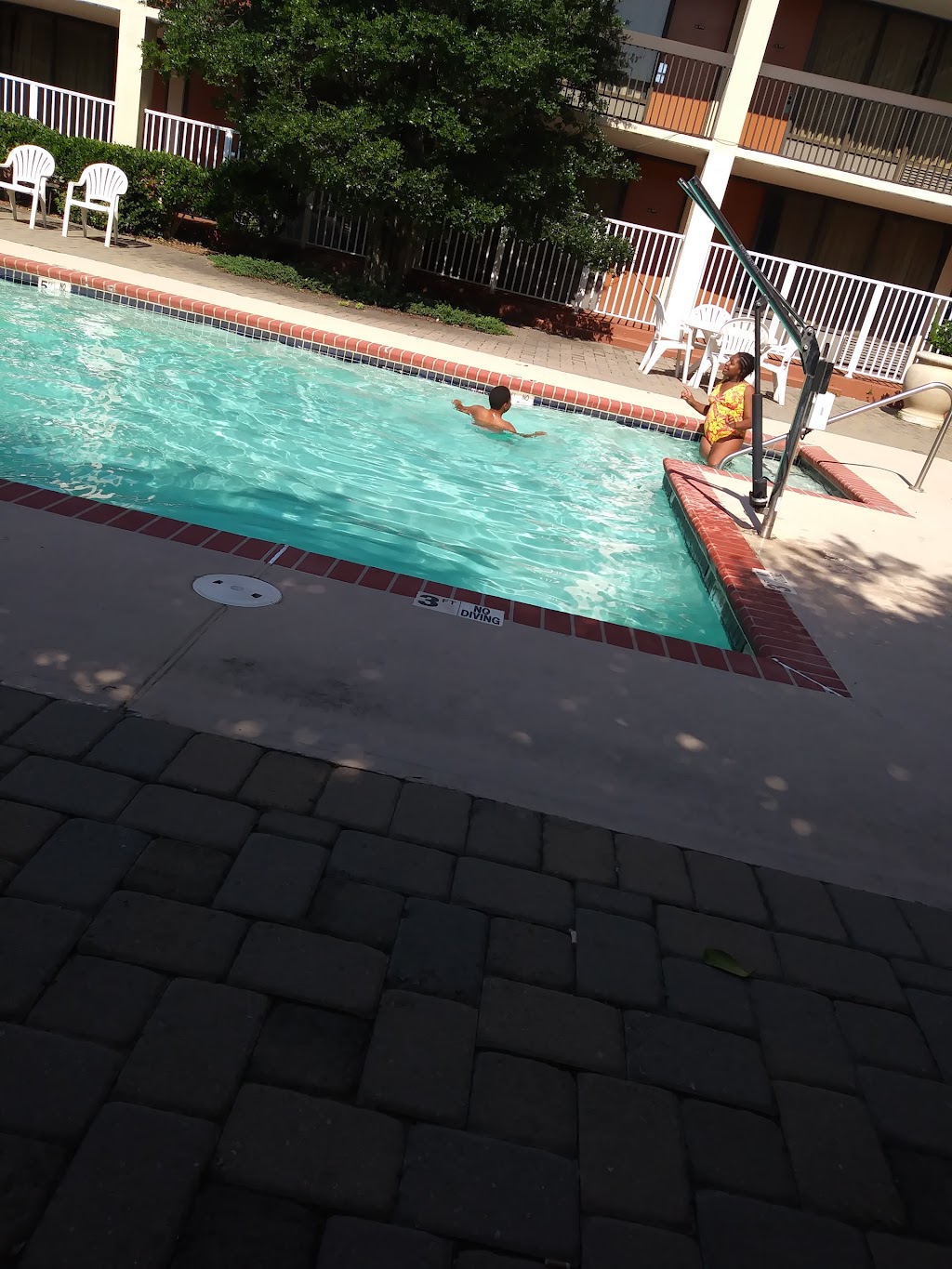 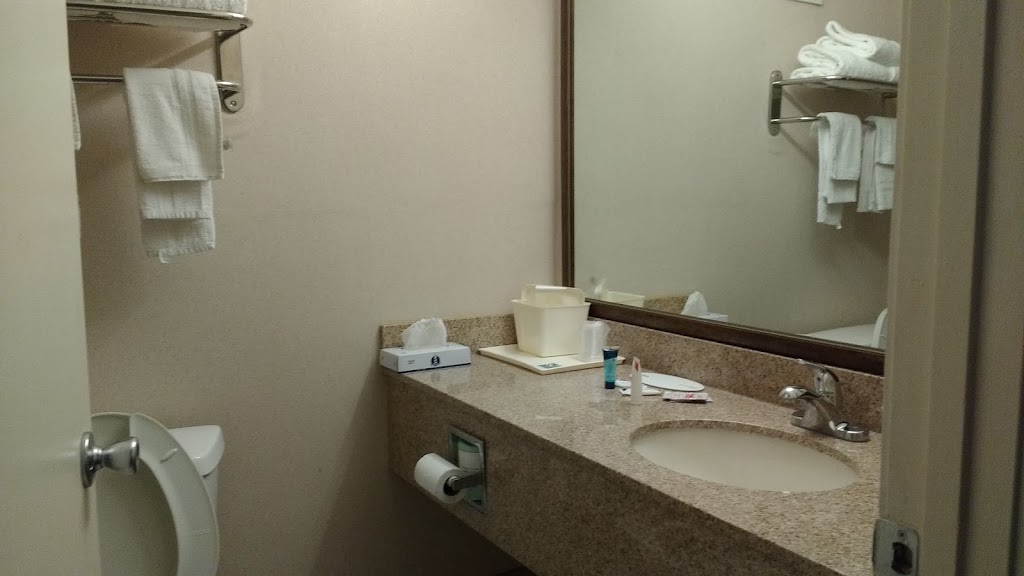 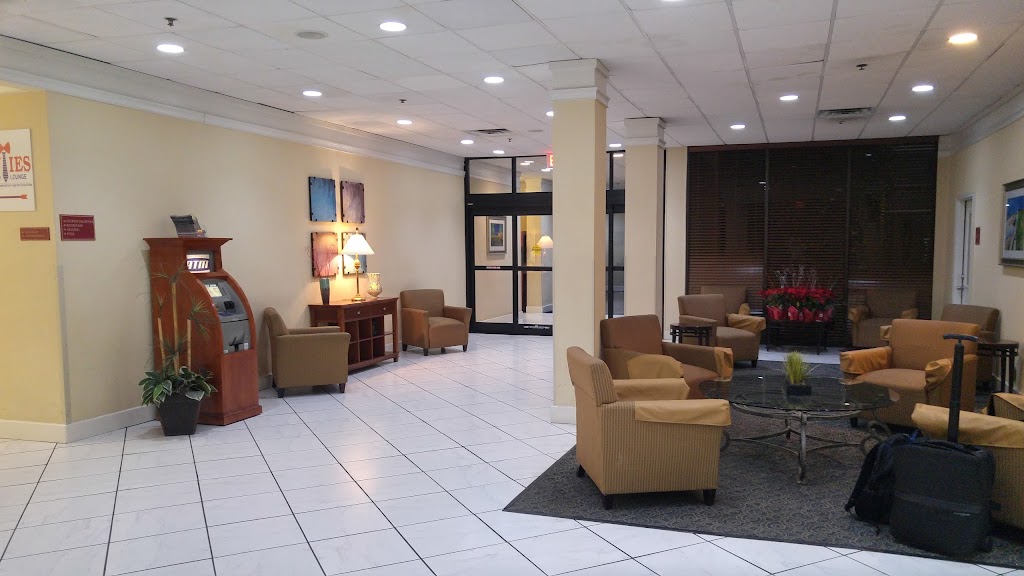 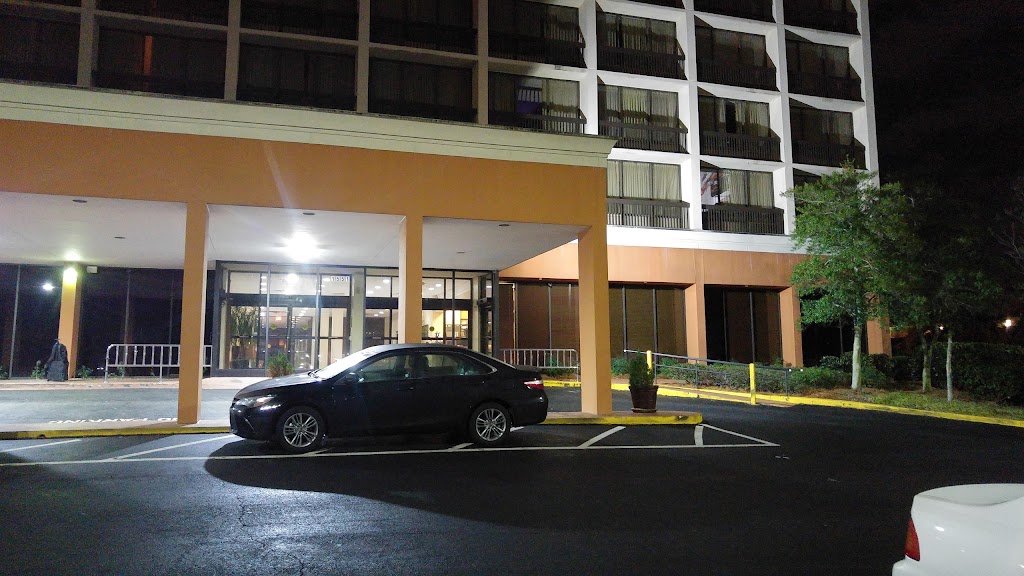 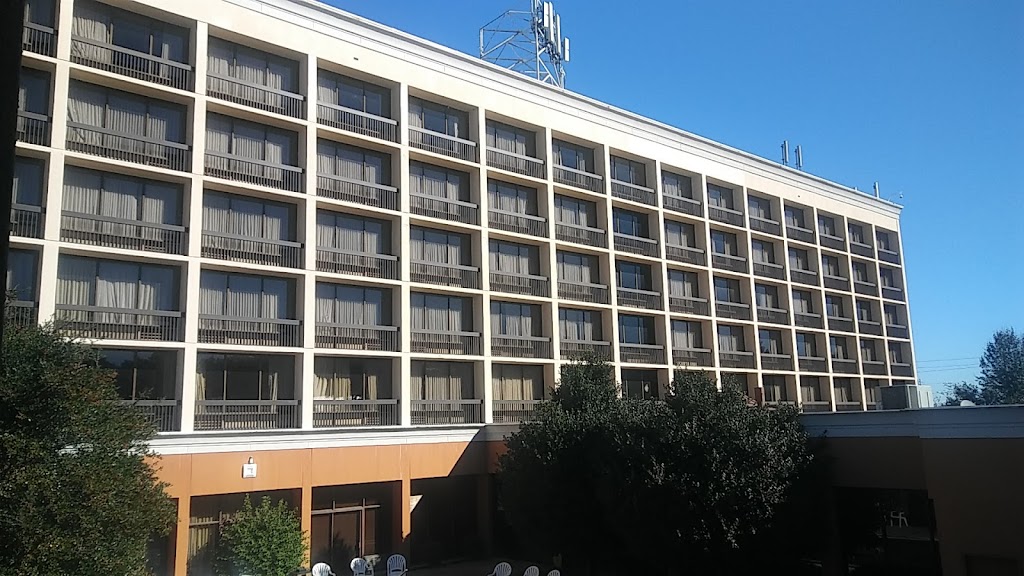 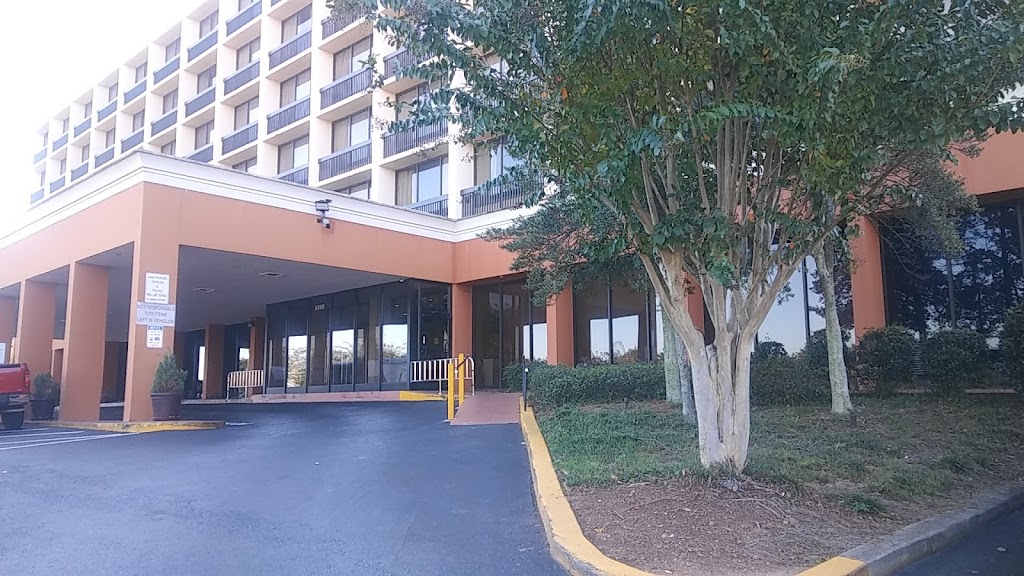 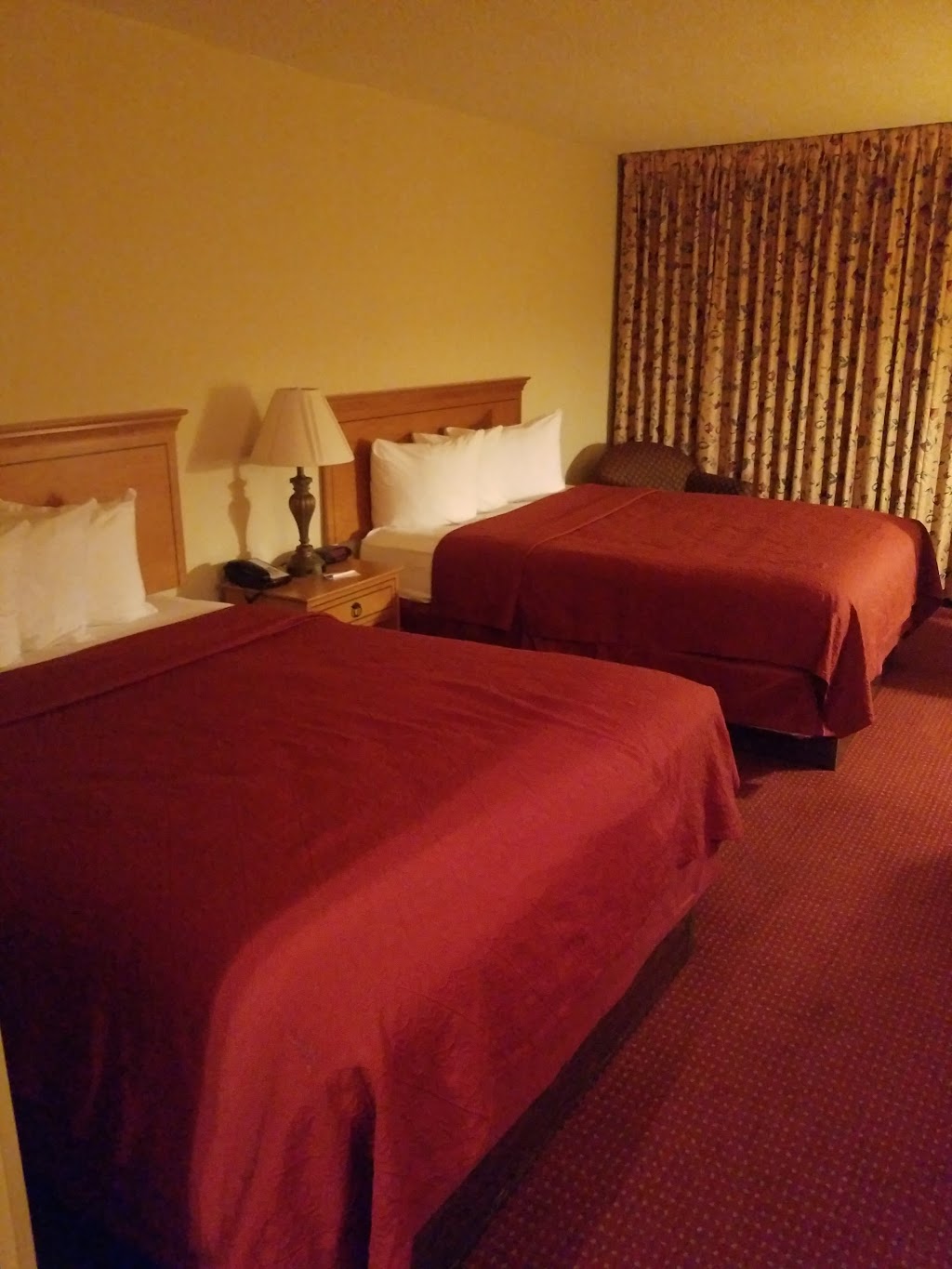 View All
2.9
Average
1 2 3 4 5
(Based on 1131 reviews)
Nathan Kwan
1 2 3 4 5
This thing was built between 1972 and 1976 according to aerial photographs and I'm willing to bet it hasn't been renovated since. Forced to stay here because of a Delta delays, this place would have been a prime candidate for the show "Hotel Hell". The hallways and rooms reeked of cigarette smoke. I had to put pillowcase over my face to even sleep, the smell was so strong. There was vomit in hallway in morning and waited 15 minutes at the front desk for the free shuttle. Eventually gave up and just called an Uber.

If you get a free voucher from an airline to stay here, try negotiating somewhere else, booking your own room elsewhere, or frankly, just sleeping at the airport.
Susan Spradlin
1 2 3 4 5
Safe. Right off freeway. Our t.v. didn't work right. Just tried shower. First so hot you couldn't use it. Then it turned cold, finally okay. Shower curtain doesn't work right, now we need to mop.Crazy. it was a black Friday special for 45. Yeah, I know..
Robert James Jr
1 2 3 4 5
Hotel was at a great location next to I-285 and next to ATL airport. Room was comfortable, loved the in house restaurant. Only improvement it needs is the parking lot. But overall, worth staying.
Tim Evans
1 2 3 4 5
Did the park and fly and the only good thing about this hotel was the ability to park my car while we were gone. We were leaving for Chicago for our honeymoon (we got married the day before.) Shuttle did not run on time when we were about to go to the airport. Room was dingy, not very clean, was very glad we got there late at night and got to leave the very next morning. When we got back to the airport, I called to let them know we had arrived so they could have a shuttle come for us. Waited 20 minutes and nothing happened, so I called back and was then told they would send him. (so he had not already been sent when I called the first time) he then took another 20 minutes to arrive even though it is only a 9-minute drive. Waited over an hour just for the shuttle. He then drove half the way without his seat belt while on the interstate. Do not recommend and won't be staying again.
Alyssandra Ferguson-Augustus
1 2 3 4 5
Older hotel in the process of renovating and upgrading. Stayed in a double bed room for 3 days. Hotel was clean, as clean as it could be when certain aspects of the hotel need a serious update. Be aware you will need a car to get around this area. On that note very very careful when driving around the parking lot. It had several potholes and uneven pavement.

The hotel did offer non smoking & smoking rooms. An outdoor pool and a restaurant, The Bow Tie. Food was good n fresh. Waitress was amazing.

Would recommend this hotel to people that are really looking for basic amenities and accommodations, no frills. To me it was like staying at a motel 6 vs staying at a Wyndham affiliated hotel.